You are reading: Christmas in July with Fremantle Octopus

Christmas in July with Fremantle Octopus

The day kicked off with a walk through the new purpose built Fremantle Octopus facility in O’Connor, followed by a relaxed dinner at Bread in Common, Fremantle.

The highlight of the event was the Fisher of the Year award for biggest octopus catch to pot ratio amongst the fishermen.

In first place, wining $5000 was Philip Thompson, a young fishermen from Two Rocks who recently became skipper of his own boat. You can read more about Philip here. In second place, winning $2500 was Craig and Janelle Brown and Jason Leary from Mandurah. In third place, winning $1000, was Kevin and Trish Ternadi, one of the longest linked fishermen to Fremantle Octopus.

Bread in Common served a delicious seasonal menu with the star dish of the night being Fremantle Octopus served with confit tomato, nettle, and cumin. 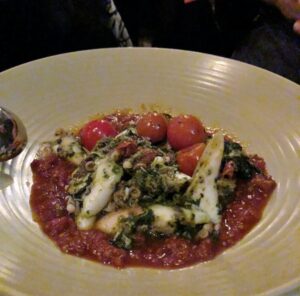 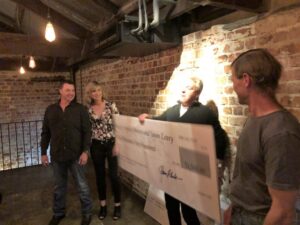 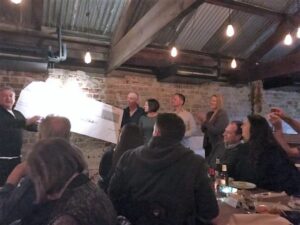 Return to articles
Jump to a Section

Inspired by our article?

1 Minute Read
Things are heating up in households across WA

No products in the cart.

Welcome !
You are able to